This desert tour is for travelers who wish to immerse themselves in the varied Moroccan landscapes, including palm oases, the Sahara Desert and beautiful gorges before returning to Marrakech! This itinerary is great for those who love nature or would like to hike and trek in the south of Morocco.

Cross the High Atlas Mountains as you follow the Road of 1,000 Kasbahstoward Skoura. Not to be missed: Ait Ben Haddou, a traditional ksar listed as a UNESCO World Heritage site and still inhabited today. It’s a fantastic example of a fortified village and has also been the location for such films as Gladiator and Lawrence of Arabia. Arrive in Ouarzazate, founded by the French and used as an outpost for the French Foreign Legion. It is home to the Taourirt Kasbah, former property of the ruling Glaoui tribe before Morocco took independence from the French. Ouarzazate is also known as Morocco’s Hollywood.  Many international movies have featured its surroundings as sets and backdrops, such as Kudun, Kingdom of Heaven and most recently, Games of Thrones.  These movie sets are open to the public. Visit a women’s embroidery co-operative to see firsthand the intricate craft. Continue to Skoura, a beautiful oasis with palm groves and the Kasbah Amridil.  It dates from the 17th century and is still inhabited today.   Fun fact: it graces Morocco’s 50 dirham bill.

Breathe in the scent of Kelaa M’Gouna, as you pass through the RoseValley. Though the name means “fortress”, this village is best known for its rose agriculture and distillation. Finally, arrive in Merzouga to head out into the Sahara Desert.  The rocky flat landscape quickly gives way to rolling sand dunes.  Enjoy a sunset camel trek before your night under the stars in your private desert tent. The swaying gait of your camel among the quiet peacefulness of the desert is typically the most favorite experience in Morocco.

Wake up early for any desert sunrise photo opportunities amidst the golden sand dunes of Erg Chebbi, then meet up with your driver.  Today’s first stop: Todra Gorge.  With its dramatic steep cliffs bordering the road, Todra Gorge is a natural starting point for the area’s hiking trips and rock-climbing expeditions. Close-by is Tinghir, a bustling yet charming town.  Then journey to Boumalne Dades via the Dades Valley spotted with ksour and palm trees and Berber villages.

Boumalne Dades is famous for its interesting rock formations, known locally as Monkey Fingers.  Appreciate the winding road out of Boumalne Dades when you arrive at the top of Dades Gorges and gaze upon the serpentine route. Then continue on your way to and through the Tizi n’Tchika mountain pass through the High Atlas Mountains as you return to Marrakech.

Visit the attractive soft-sanded beaches of Agadir along with its historical kasbah for a day of relaxation. Agadir is relatively brand-new compared to other cities. However, it is a city that endured a tragic earthquake in 1960 which left about […]

Marrakech – Ait Ben Haddou –Boumalne Dades – Merzouga – Fes (4 days / 3 nights) This desert tour is for travelers who want to explore the Berber villages and nature of south of Morocco, including a sunset camel trek […] 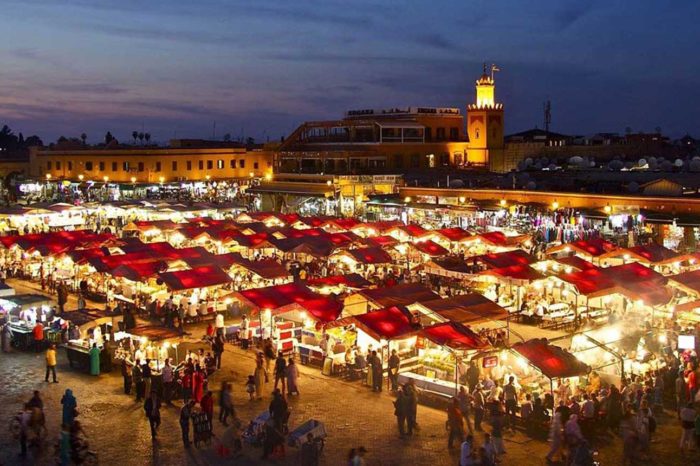 Private New Year’s tour from Marrakech to the Sahara

The overall Moroccan Sahara is rich with marvelous and breathtaking sightseeing. The experience for new travelers who have never explored the Sahara before should be rather unique and exotic. Celebrate different this holiday season with a private New Year’s Tour, […] 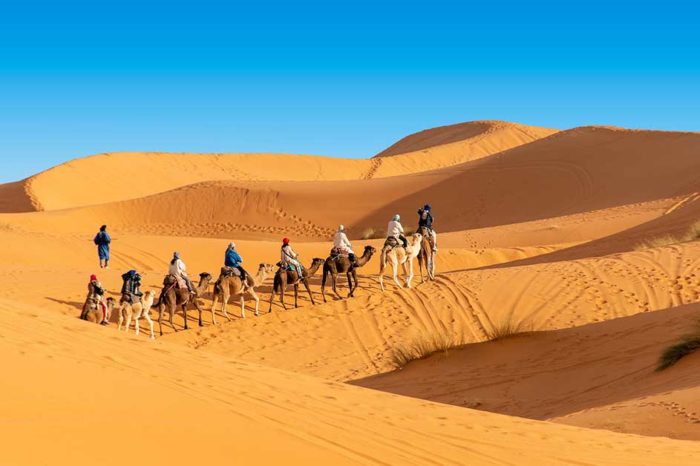