This Sahara Desert tour from Fes is a must for any traveler in Morocco who wants a practical, efficient but enjoyable way to travel between Fes and the Sahara Desert at Merzouga before arriving in Marrakech!

Day 1: Fes to Erfoud via Azrou – Ifrane and the Ziz Valley

Today’s drive takes you through the Middle Atlas Mountains, a gateway to the South of Morocco. En route is Azrou, aptly named in Berber for the volcanic rocks on which it is built.  Azrou also hosts the area’s largest weekly souk or market.  Feed the Barbary macaques on your way through the area’s cedar forest. Traverse the Ziz Valley, where brown bluffs marry fertile green date palm tree groves.

Erfoud is the starting point for Sahara treks. Spend the morning exploring the old town of Erfoud Maadid, learn about the local fossils, or visit Rissani, a lively town with a Berber bazaar and frequent market days. Be sure to taste medfouna, a delicious local Berber specialty of stuffed or “buried” treasure of meat, onions, almonds and spices. Not a meat-eater?  Don’t worry, the vegetation option is just as tasty.

In the late afternoon, head into the Sahara Desert, either by 4×4 or with your private driver. The rocky flat landscape quickly gives way to rolling sand dunes. Choose a simple sunset camel trek, or if you are more adventurous, consider a night under the stars. The swaying gait of your camel among the quiet peacefulness of the desert is typically the most favorite experience in Morocco.

Day 3: Merzouga to Skoura via Todra Gorge and Boumalne Dades

Wake up early for sunrise photo opportunities and then meet with your driver to start today’s travel. Todra Gorge is one of today’s stops.  Dramatic steep cliffs border the road, and this is a natural starting point for the area’s hiking trips and rock-climbing expeditions. Close-by is Tinghir, a bustling yet charming town.

Carry on to Boumalne Dades.  The route is spotted with ksour and palm trees, Berber villages and interesting rock formations, which are known locally as Monkey Fingers.  Appreciate the final winding road into Boumalne Dades when you arrive at the top and gaze upon the serpentine route.

Breathe in the scent of Kelaa M’Gouna, as you pass through the Rose Valley.  Though the name means “fortress”, this village is best known for its rose agriculture and distillation.

Continue to Skoura, a beautiful oasis with palm groves and the Kasbah Amridil.  It dates from the 17th century and is still inhabited today.   Fun fact: it graces Morocco’s 50 dirham bill.

Day 4: Skoura to Marrakech via Ouarzazate and Ait Ben Haddou

Today’s drive will take you along the Road of 1,000 Kasbahs toward the Red City, Marrakech. From Skoura, head toward Ouarzazate, founded by the French and used as an outpost for the French Foreign Legion.  Also located here is the Taourirt Kasbah, former property of the ruling Glaoui tribe before Morocco took independence from the French. Ouarzazate and the surrounding area are Morocco’s Hollywood.  Many international movies have featured its surroundings assets and backdrops, such as Kudu, Kingdom of Heaven and most recently, Games of Thrones.  These movie sets are open to the public.

Not to be missed: Ait Ben Haddou, a traditional ksar listed as a UNESCO World Heritage site. It’s a fantastic example of a fortified village and has also been the location for such films as Gladiator and Lawrence of Arabia.

Cross the High Atlas Mountains as you make your way toward Marrakech.  Your early evening arrival makes for a great sunset against the red-colored walls of the medina.

We had such a marvelous journey on our private Sahara Desert tour from Fes to Marrakesh with Tarek. He was always kind, considerate, helpful, and best of all, happy! This is an absolutely wonderful way to see the country of Morocco, driving through the beautiful countryside, stopping whenever we wished to take photos or buy something. The trip into the Sahara via Merzouga was magical, riding a camel into the dunes from sunset into the beautiful night of a million stars. And through it all, Tarek made the trip very easy, smooth and fun. We highly recommend booking with a Mint Tea Tours, and be sure to request Tarek as your private driver!

This desert tour is for travelers who have limited time to visit Merzouga but still want to explore the Sahara Desert before returning to Fes! Day 1: Fes to Erfoud via Azrou and the Ziz Valley Today’s drive takes you […]

private tour from Fes to Chefchaouen – Morocco is one of the very few destinations that one can visit for a short period of time and make the best of it, exploring all possible sites without having to spend long […] 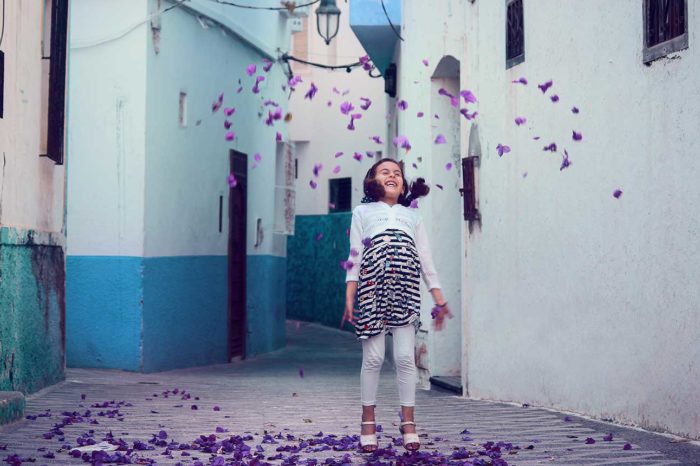 6-day tour Fes to the north

Mint Tea Tours’ private 6-day tour Fes to the North is the best itinerary to visit Morocco from Europe, as Fes is often an inexpensive and short flight from many European capitals! Your private English-speaking driver will help you explore […]

This Sahara desert tour is for any traveler in Morocco who is short on time but still wants to visit the sand dunes of the Moroccan Sahara near Merzouga as part of their escorted trip to Morocco! Sahara Desert Tour […]